The El Niño Southern Oscillation (ENSO) monitoring system state is now back to “Neutral”. The 1-month Nino3.4 sea surface temperature index during April and May 2021 continued to warm and showed a transitioning from weak La Niña to ENSO-neutral conditions. Sub-surface conditions no longer support La Niña conditions. Atmospheric indicators (cloudiness and wind anomalies) are now generally consistent with neutral conditions. The Nino3.4 index was -0.80°C for April 2021 and -0.95°C for the February – April 2021 three-month average. Preliminary assessment of the May 2021 values indicated that the monthly Nino3.4 index has returned to neutral.

Models are predicting ENSO-neutral conditions to continue during July and August.

Looking at the Nino3.4 index in Figure 2, prior to August 2020, the 1-month Nino3.4 value were within the neutral range. Since August 2020, the Nino3.4 index has been within the La Niña range, with the largest 1-month anomalies observed in October and November 2020. In recent months, the anomalies have warmed and were close to the La Niña threshold in April. La Niña conditions are considered to be present when the 1-month cold SST anomalies (observed or forecast) persist for at least four months below the threshold, along with supporting atmospheric observations. These La Niña conditions are considered to have ended when the 1-month SST anomalies are no longer above the threshold, as well as atmospheric conditions no longer indicate La Niña conditions. 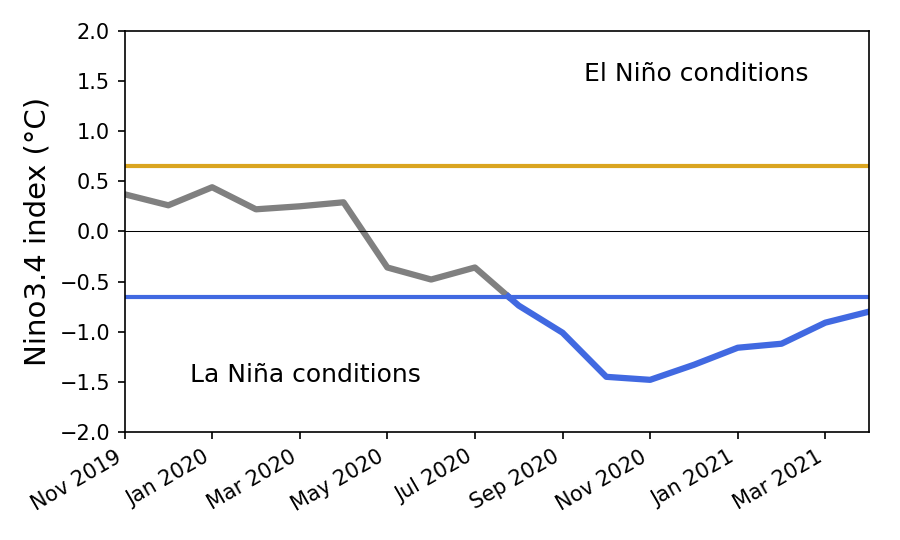 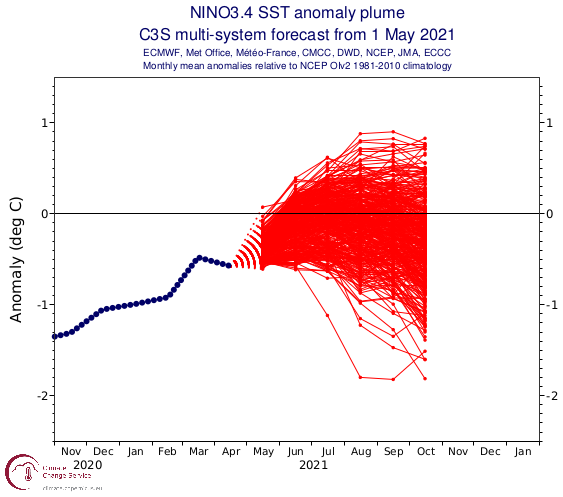 To classify a historical El Niño event, the 3-month average Nino3.4 value must be above 0.65°C for 5 or more consecutive months. For La Niña events, the threshold is -0.65°C. Otherwise it is considered neutral. ENSO events with a peak value above 1.5°C (El Niño) or below -1.5°C (La Niña) are considered strong. Otherwise, the events are considered weak to moderate in strength. The following figure (Figure 4) shows the development of the Nino3.4 index in 2015-18 in comparison to other El Niño/La Niña events.

During the Southwest Monsoon months from June to September the correlation of ENSO with rainfall over Singapore is strong (Figure 5), i.e. if a significant ENSO event is present, the rainfall patterns are likely to be influenced by a moderate or strong event. When there is no ENSO, there is a large variability in rainfall patterns across the neutral ENSO state during this period (Figure 6). 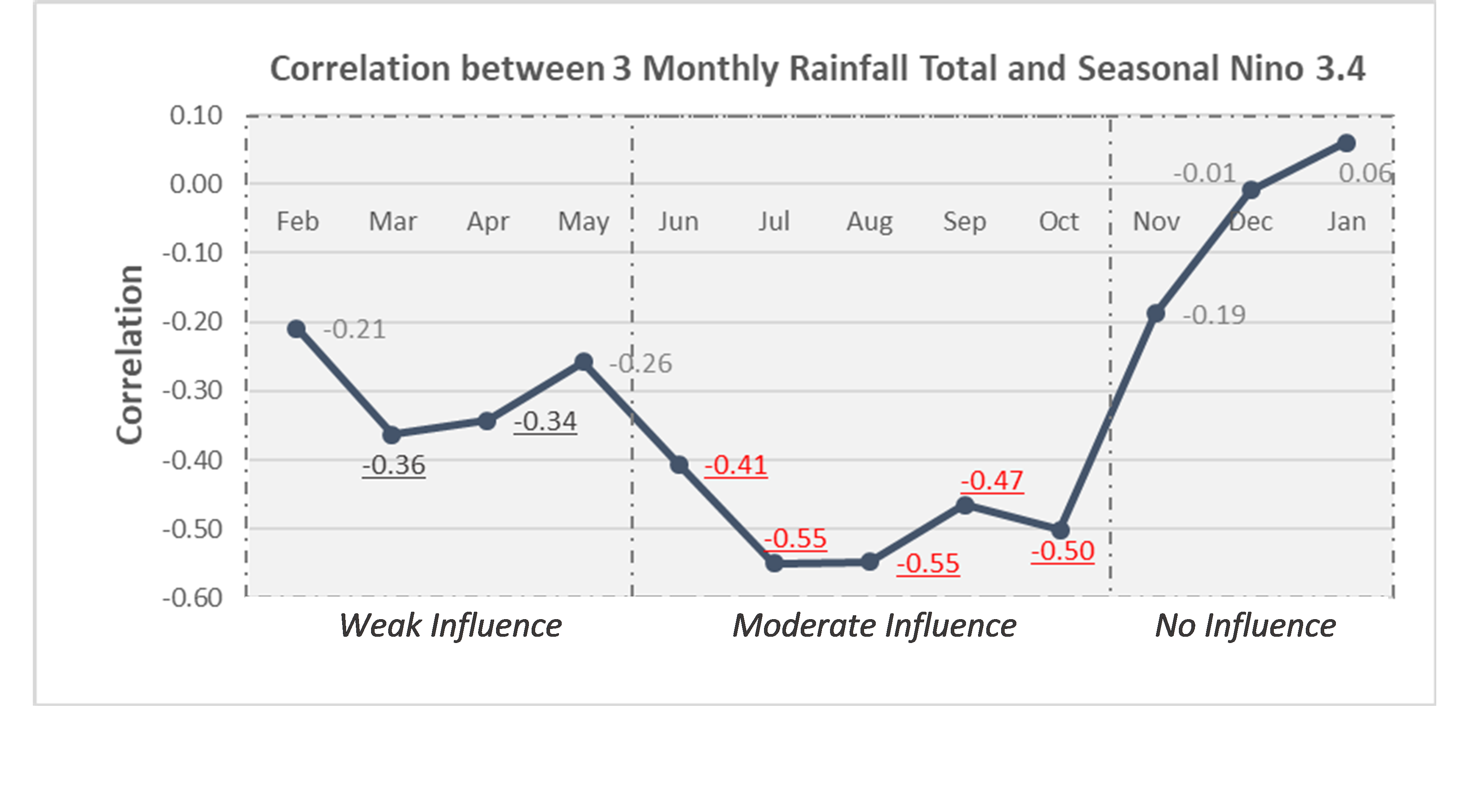